Godzilla as Cli-Fi? What *is* Cli-Fi?

I’ve seen a lot of discussion recently of the new fiction genre “climate fiction” (Cli-Fi; see also our prior video blog introducing Cli-Fi). Recently, Cli-Fi advocate Dan Bloom interviewed me again on the subject of stories such as the one in the May 19, 2014 issue of TIME, “Nature Bites Back.” Author Lily Rothman attributes to movies like the recently released Godzilla and Into the Storm a larger cautionary environmental message reflecting today’s environmental anxieties. Quoting Gareth Edwards, the director of Godzilla, she says:

“My generation, we didn’t grow up with World War II or Vietnam or the JFK assassination. The images that are seared into our brains and are part of the nightmares are things like the tsunamis and Katrina. Sci-fi and fantasy have always reflected the fears of the time.”

I have to admit to some personal skepticism on this point. Sci-fi and fantasy may tend to reflect the fears (and hopes) of the time, but I’m not sure I’m convinced that Americans have tsunamis and hurricanes “seared into their brains and nightmares.” I’m not sure you can compare people’s reactions to earthquakes and tsunamis to the long-term impacts, memories, and impressions left by Vietnam or the Kennedy assassination.

I look forward to seeing Godzilla for the entertainment. Based on the trailers, however, I question the idea that Godzilla will leave audiences with an environmental message. The notion of Godzilla is so obviously fictional that it seems far-fetched to expect people to come away from such a movie with a better understanding of “how nature might strike back if we do not take care of our planet.” I would almost tend to see a reverse psychology outcome as more likely: making a big deal about Godzilla as a “pro environmental consciousness” movie when it is so clearly pure fantasy could play more into the hands of those people trying to undercut environmental consciousness.

The more interesting question is whether the Cli-Fi genre is a potential agent of progress on climate change. The #Cli-Fi hashtag itself is already becoming overused, and may end up referring to any movie or book involving assumptions about future weather or climate — in other words, almost any plot not taking place in outer space. But if Cli-Fi simply becomes another outlet for the pro- vs. anti-science forces battling it out today, then what is the point of having something called Cli-Fi? If Michael Crichton’s State of Fear is considered “good Cli-Fi,” representing as it does an anti-science perspective, then what role does Cli-Fi really serve?

The important question, as Dan Bloom posed to me in our recent interview, is really whether Cli-Fi can help communicate the subject of climate change to people who for one reason or another say they don’t believe that climate change is real. Or, coming from the other side of the spectrum, is Cli-Fi about heavy-handed attempts to bludgeon audiences with a “pro-climate change” message? 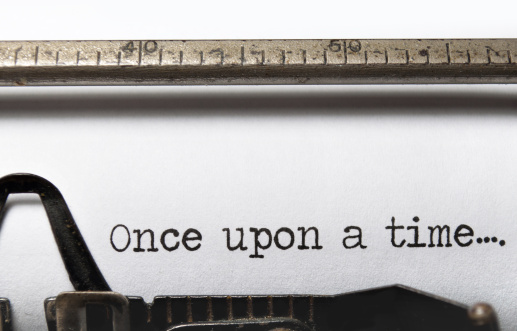 Effective communication about environmental problems in general, and climate change in particular, can’t be about hitting people over the head with a message they are not inclined to accept. We know that while that kind of message delivery may motivate the part of the audience that already believes that message, it just doesn’t work on the part of the audience that doesn’t. If Cli-Fi is to be useful as a way of helping communicate climate science and climate risk, it won’t be because of a documentary approach to the topic or a preachy approach to the topic of climate change.

Whether Cli-Fi can live up to that potential is an open question. It’s an important question, because we’re having so much trouble reflecting the importance of story-telling in the national conversation over climate change. I would like to think that movies can play a role in sensitizing us to issues that we might otherwise not pay attention to, in getting us to look at issues in new ways, and in getting us to understand the potential consequences of our actions. I would like to think that Cli-Fi could help play those roles when it comes to climate change, but I don’t think it has to be done through natural disaster movies. It might have just as much to do with getting audiences to think about the ethics of what climate change will do to future generations, or the fact that we could address climate change if we set our minds to it. It will be about getting people to question their assumptions, and think about important issues in new ways.