The Bloomberg-Paulson-Steyer Risky Business Project released its long-awaited report a little over a week ago. Risky Business: The Economic Risks of Climate Change in the United States and associated support documents add significantly to the climate risk literature, and have gotten a great deal of well-deserved press and social media attention.

“A financial prospectus provides potential investors with the facts about the material risks and opportunities they need to make a sound investment decision. In this American Climate Prospectus, we aim to provide decisionmakers in business and in government with the facts about the economic risks and opportunities climate change poses in the United States.” 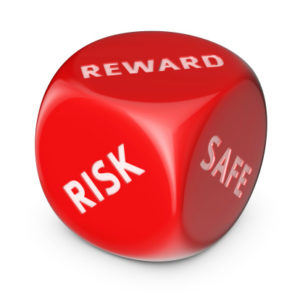 Here in Oregon, efforts are underway to build business support for action on climate change, so the Risky Business Project’s conclusions no doubt interest both business and environmental constituencies. So what do Oregon’s quantified climate risks look like, according to the new report?

It’s worth noting that these numbers are based on the highest greenhouse gas (GHG) emissions scenario used in the report (referred to in the report as RCP 8.5), and the most distant timeframe (2080 – 2100). In other words, these numbers reflect the report’s “worst case” results.

Putting these numbers together, the Risky Business Project forecasts for Oregon a range of climate-induced change in economic output of -4% to +3%, with an expected benefit of about 2%. So, it would appear, Oregon’s climate risk “worst case” is an increase in economic output. Wow! Not exactly what we might have expected from the report, and clearly an outcome that could be interpreted in “don’t worry, be happy” terms by audiences looking for that spin. But is the Risky Business Project really saying “don’t worry, be happy” to Oregon? Of course not. The report is quick to note the limitations of the current analysis, and the existence of many climate change impacts that could not be quantified. Indeed, the authors go so far as to characterize the report as a “research framework” for further work on climate risk.

At the end of the day (and ironically given the report’s objective of risk quantification), the Risky Business Project’s characterization of Oregon’s climate risks is largely qualitative. As noted on the report’s website: “The Northwest is among the least exposed to climate-driven agricultural, mortality, energy, and labor productivity impacts; however, the region is likely to experience an increase of 3 to 8 times the number of hot days per year by the end of the century.”

So what about some of the very real risks climate change poses for Oregon, and how does the Risky Business report address them?

The implications of climate change for Oregon are real, and they are likely to be dramatic. In many respects, today’s Oregon resident might not recognize a lot about the Oregon of 2100. Yet the Risky Business Project’s quantification of climate risk does not reflect these changes. The decision to focus on direct costs of seemingly insignificant or extremely tricky to quantify climate impact variables like increased crime and mortality may seem odd until you realize that the Risky Business Project’s authors were dataset-limited. The authors could find and access datasets correlating temperatures changes to changing outcomes in energy, health, labor productivity, agriculture, crime, and coastal damages. So that’s what they used as the basis for their analysis. Which is fine as far as it goes, but there’s a valid analogy here to the story of “why are you looking for your keys under the streetlight if that’s not where you dropped them? . . . It’s the only place I can see to look.”

Does this mean that the Risky Business Project’s effort to quantify climate risks is a failure, at least in Oregon? No. The analysis is a real contribution to the larger discussion of climate risk. The real problem is in our expectations for the report, not the report itself. Reinforced by the hype of the last six months surrounding the expected release of the report, many of us probably hoped to finally get proof of why business and policy constituencies should perceive climate change as a credible and actionable risk. It’s a hope that tends to accompany every new report, including the National Climate Assessment released just a couple of months ago. But we’re invariably disappointed. When a new report comes out there’s a flurry of press and Twittersphere activity, but the hoped-for “climate risk proof” isn’t there. So we settle in to wait for the next report, confident that the “proof” will be there.

It’s a false hope. Any report with a regional, national, or global focus is unlikely to be able to tell the “story of climate risk” in a way that resonates with specific local or sectoral audiences. Reports like the National Climate Assessment and Risky Business don’t even try, in part because they can’t explore the complex web of direct and indirect impacts that will determine actual climate risks. As noted by the National Climate Assessment in discussing the energy-water-land use nexus:

“The independent implications of climate change for the energy, water, and land sectors have been studied extensively. However, there are few analyses that capture the interactions among and competition for resources within these three sectors. Very little information is available to evaluate the implications for decision-making and planning, including legal, social, political, and other decisions.”

If reports including Risky Business and the National Climate Assessment can’t convincingly describe the climate risk situation facing Oregon, what should we do? One answer is to look to the field of scenario planning, which has evolved as a proven way to better frame decision making in the face of future uncertainty. To effectively communicate climate risk in Oregon, we need climate risk scenarios that are specific not only to Oregon, but to particular audiences in Oregon. Should Oregon’s farmers be concerned about climate change? Start the conversation with a well-developed agricultural climate risk scenario. The same goes for other key constituencies; climate risks need to be framed in ways that “speak to” individual constituencies.

Assembling credible and effective climate risk scenarios is eminently doable, but it’s not easy. Relevant information is spread across dozens if not hundreds of analyses and experts, and pulling the right information together for a particular scenario is a real knowledge management challenge. But getting started on the Oregon climate risk scenarios we need to have a serious conversation about climate risk in the state makes a lot more sense than pinning our risk communication hopes on “the next report.”