It is becoming increasingly accepted that we must put a price on carbon if we are to make progress on climate change. There are many ways in which carbon can be priced, including a pre-determined carbon tax, perhaps based on the social cost of carbon; prices can also be set by using an emissions-trading or cap-and-trade program. But can we achieve this obvious goal in a meaningful way in a world where we can’t seem to make progress on any kind of rational climate policy? 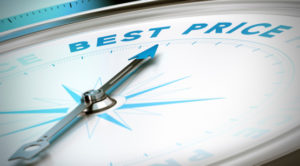 The real question isn’t “should we price carbon?” We already price carbon through all sorts of means, including renewable energy and energy efficiency mandates. The real question(s) when it comes to pricing carbon are: 1) what is the objective of carbon pricing; 2) what is the “right” price for carbon to meet that objective; and 3) how do we get that price into place? These questions are far more complicated and contentious than the basic question of “should carbon be priced?” That’s why most of the discussion of carbon pricing stops short of the tough discussion regarding the actual carbon price that would make a difference to climate change.

In this blog post I’m not going to provide “my answer” to any of these questions. As Thomas Woodrow Wilson stated: “There is no idea that hasn’t already been worn shiny by someone else’s brain.” So instead of pretending that I will come up with a completely new idea in this space, I want to point readers to sources that may facilitate their understanding and exploration of the topic.

Why Talk About Carbon Pricing Now?

Interest in the topic of carbon pricing is increasing rapidly; just last week carbon pricing was at the forefront of discussions at the Climate Summit in New York City. There are several reasons for this expanding conversation regarding carbon pricing:

A Sampling of Topic Thinking

The literature surrounding the many facets of carbon pricing is already large, and expanding rapidly.

Carbon pricing is likely to remain a “hot topic” for some time. In the meantime, we should ask some hard questions:

Some good work on these topics can be accessed here:

Note: The contents of this blog are extracted from The Climatographer’s Topic Brief: Pricing Carbon. For a copy please contact info@climatographer.com.