Climate Risk Dispatches From the Future

It’s hard to imagine today that just a few short years ago the concept of human-caused global warming was a fiercely partisan issue in the United States. Conservative politicians, pundits, and even newspapers actively sought to challenge and undercut the scientific consensus regarding the risks of global warming. Meaningful efforts to mitigate global warming were delayed for years. Today we understand all too well the magnitude of the ecological and economic changes that resulted from this delay.

Thirty years ago, most Americans considered the Pacific Northwest to be one of the more liberal parts of the United States, and both the general public and elected officials strongly favored efforts to address global warming. New Houston, remember, used to be called Portland. The name change came in 2035 when former Texas residents, fleeing from their home state, finally dominated our metropolitan area’s rapidly growing population of five million people. As every elementary student now knows, Texas used to have a much larger population than it does today; millions of Texans headed North after the relentless heat waves and water shortages of the 2020s. 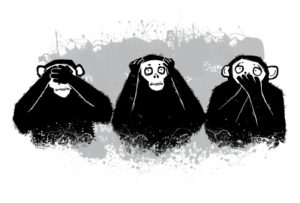 There has been an enduring mystery surrounding the global warming conversation here in the Pacific Northwest — namely, the hostility of the editorial board of the state’s primary newspaper, the Oregonian (now the New Houston News), to global warming mitigation efforts. One famous example occurred thirty years ago today, when the Oregonian’s Editorial Board announced that global warming would not be an editorial priority for coming year. In a region as politically and environmentally progressive as the Pacific Northwest, most readers couldn’t figure out what was going on.

Thirty years later we can reveal to the 7 million readers of the New Houston News what was happening at the time at newspapers across the northern United States. In memos that have only recently surfaced with the deaths of several key players in this story, we have discovered that what was going on at the former Oregonian was far from an isolated incident, and far from an accident.

It turns out that even though global warming was a politically polarizing issue 30 years ago, forward-thinking entrepreneurs in Texas already recognized the economic opportunities that could be had by acting early to anticipate the coming changes. One of the recently released memos makes reference to a 2011 study by Professor Ethan Seltzer of Portland State University (our readers know this school by its current name, New Houston University) entitled Environmental Migrants and the Future of the Willamette Valley. In that study, Professor Seltzer and his team explored (with considerable prescience as it turns out) the substantial role that global warming might play in long-term demographic outcomes affecting the state of Oregon. Soon thereafter, author McKenzie Funk, in Windfall: The Booming Business of Global Warming, documented the opportunistic approach to global warming already manifesting itself in investments ranging from purchasing farmland in Africa to artificial snow-making. 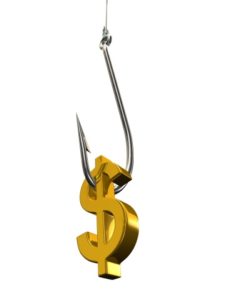 Putting these and other sources of information together, a few forward-looking, wealthy individuals realized that the more dramatic the changes associated with global warming, the more substantial their business opportunities. They crafted a strategy that would both impede efforts to address global warming and position themselves to benefit from the results. One leg of that strategy was to intervene in key media markets across the northern United States, particularly in those areas seen as most likely to assume leadership roles in addressing the problem. These individuals understood, for example, that a progressive state with Oregon’s demographics and energy mix could take significant steps to test policy measures to address global warming, and reduce its own emissions, at little net cost. Politically savvy environmental activists and concerned business leaders would then be able to leverage the outcomes of policy experiments such as pricing carbon at levels that would lead to significant emissions reductions to significantly influence the national discussion over global warming.

Through a series of carefully planned acquisitions, timely investments, and targeted personnel placements, these climate entrepreneurs implemented their strategy. The then-Oregonian editorial board’s pronouncements on global warming were just one symptom of this larger business strategy, although no one knew that at the time. In fact, not even the individuals involved realized just how successful a business strategy their plan would turn out to be. Here in New Houston, for example, the readership of the New Houston News is five times the readership of the former Oregonian. A successful investment indeed! 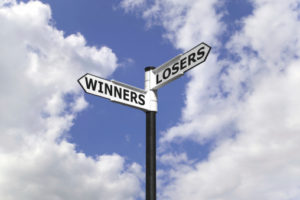 But 30 years later, do we — the New Houston News Editorial Board — approve of this strategy? No, we do not! Even if entrepreneurs back then were crafting strategies to take advantage of global warming outcomes, the reality is that the lives of billions of people around the world have been harmed since then. Scientists tell us that the worst is yet to come. To actively impede public policies intended to demonstrate how to mitigate global warming was a reckless and immoral act by everyone involved, including our predecessors at the Oregonian.

Notwithstanding how long ago this all happened, now that we have come to learn the truth we apologize for those actions of our predecessor Board. Unfortunately, our apologies cannot change the past. But as our readers know, we are actively committed to changing the future.