This past July, in High Country Conservation Advocates v US Forest Service, U.S. Colorado District Court Judge R. Brooke Jackson ruled against issuance of a coal lease exploration permit, concluding that the federal government did not consider the social cost of carbon (SCC) in the final environmental impact statement (EIS). The ruling was heralded as potentially having major implications for other projects such as the Keystone Pipeline, and as implying that “these agencies can’t bury their heads in the sand when confronting the very real impacts of climate change.”

The media reports at the time over-stated the significance of Judge Jackson’s ruling. All he really concluded was that it had been inappropriate for the agencies to omit the SCC from the final EIS since it was included in the agencies’ draft EIS. He even noted that there was no inherent requirement that the agencies had to include the SCC in the EIS at all; it just couldn’t be dropped halfway through the process.

But two other SCC developments during 2014 have set the stage for a potentially pivotal 2015 for the social cost of carbon. First, there was the publication on December 18, 2014, of the Council on Environmental Quality’s (CEQ’s) long-awaited revised draft guidance on how to include climate change in NEPA reviews. CEQ previously issued draft guidance in 2010, but had never finalized it. The new guidance explicitly addresses the role of the SCC in NEPA reviews, noting:

“When an agency determines it appropriate to monetize costs and benefits, then, although developed specifically for regulatory impact analyses, the Federal social cost of carbon, which multiple Federal agencies have developed and used to assess the costs and benefits of alternatives in rulemakings, offers a harmonized, interagency metric that can provide decisionmakers and the public with some context for meaningful NEPA review.” 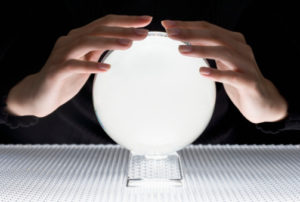 The new CEQ guidelines are notably vague on the fundamental conundrum of how many tons should constitute “a significant impact” when more than 30 billion tons of carbon dioxide are emitted annually. The guidance does note that arguing that a project’s emissions will “represent only a small fraction of global emissions . . . is not an appropriate basis for deciding whether to consider climate impacts under NEPA.” Indeed, by setting the level of 25,000 tons of annual emissions as the minimum threshold for considering climate change as part of the NEPA review, the guidelines inherently suggest that annual emissions above that level, or above 0.0083% of global emissions, could be judged potentially environmentally significant for NEPA purposes. Nevertheless, and no matter one’s views on climate change, demonstrating “significance” when it comes to any single source of carbon dioxide emissions is a conceptual hurdle.

That’s why Western Organization of Resource Councils vs. Jewell is so potentially important.  The Jewell lawsuit was filed in November and challenges the adequacy of the Bureau of Land Management’s (BLM’s) consideration of climate change in its coal lease proceedings. The complaint notes that BLM last addressed climate change at a programmatic EIS level in 1979. The lawsuit is notable for its extensive incorporation of the SCC and by the sheer amount of coal (and associated CO2 emissions) that could fall within an updated programmatic EIS. (An additional interesting fact is that billionaire Paul Allen is paying all the costs of the lawsuit.) Coal mining on federal lands accounts for an estimated 14% of U.S. CO2 emissions — a very large number compared to the emissions of any individual facility or project. Even more notable is that approximately 160 billion tons of coal remain to be potentially mined in the Powder River Basin, which according to the declaration in the case by climate scientist Mike MacCracken would by itself equal ½ of the world’s 2 degrees C global carbon budget. These are huge numbers, in all likelihood removing “significance” as the conceptual hurdle it usually is. 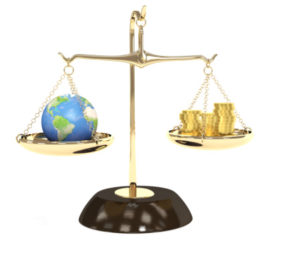 These two developments could lead to a pivot point for the SCC. But it’s by no means guaranteed that the outcome will go the way the plaintiffs hope. While the administrative history of the federal SCC is extensive, the underlying economic analysis and the specific SCC values have not been tested in a contested proceeding. What are the issues likely to come up? 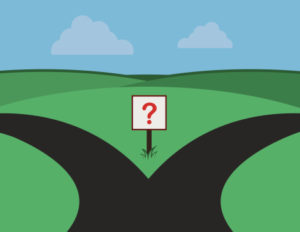 As Judge Jackson noted in the Colorado case, the “arbitrary and capricious” hurdle of agency decision-making will be key. And it could cut both ways. It could mean that federal agencies are given great latitude in their use of an SCC that really does influence project outcomes. But it could also mean that any particular SCC value is found too arbitrary on which to base a ruling. We don’t know down what path the SCC will end up going, but 2015 could be the year we start to find out.