Energy CEOs Losing Sleep Over Climate Change? Yes or No? 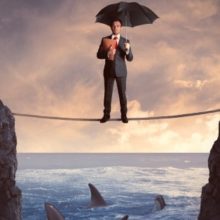 I’m just back from attending the 5th annual Oregon Citizens Utility Board energy conference here in Portland, Utility 2025: Building the Northwest’s Energy Future. Because of how the Northwest’s energy system is structured, the meeting was more of a regional conference than a purely state-level Oregon conference, with a good draw from the energy community and energy providers.

The featured morning event was a line-up of energy CEOs from PacifiCorp (coal-heavy), Avista (gas heavy), Northwest Natural Gas (gas only), Portland General Electric (mixed resources), and the Bonneville Power Administration (hydro). The moderator posed this question as a lead-off for the panel: “What do you see in the next ten years – what’s keeping you up at night?” The most common refrain began “Climate change, of course . . . .”

But after that lead-in, no one on the panel (or at the conference as a whole) said anything else about climate change that would make you think that CEOs are staying up at night worrying about it. Everyone talked about the rapid pace of innovation, the importance of customer service, the need to keep energy rates low, the need for better access to distant renewables, the great opportunities afforded by cheap natural gas, and how little the EPA’s Clean Power Plan will affect the region. In other words, a typical and upbeat energy system round-up you might hear almost anywhere in the U.S. at any time. 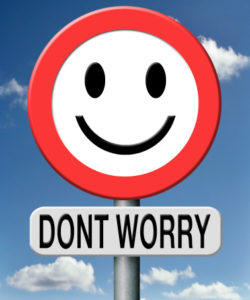 But what about those “climate change is keeping me up at night” lead-ins? Has that simply become a “must have” in a politically correct energy stump speech? One of the CEOs on the panel has told me that he can’t imagine a climate policy that would disrupt energy utilities. It’s just too important a commodity. If such policy were to occur, he said, it wouldn’t really be a business problem since the whole sector would be disrupted. His company wouldn’t be any more “competitively disadvantaged” than any other. He is sleeping just fine.

It is true that the direct physical impacts of climate change on the Pacific Northwest will be modest relative to other regions of the United States. Climate maps extending out to 2100 paint the Pacific Northwest as a virtual environmental oasis. It’s also true that the prospects of comprehensive national and global policy addressing climate change seem pretty remote right now. Moreover, there’s no question that the region is blessed with considerable amounts of additional renewable energy potential, from wind and geothermal to wave energy. So given the lens that energy CEOs tend to look through in their daily roles, what’s to lose sleep over?

But there are plenty of other lenses through which to observe the climate change problem. For one thing, the physical impacts of climate change can be “relatively modest” but still be disruptive. The Pacific Northwest stands to lose its snowpack, much of the value of its snowpack-dependent hydro system, most of its cold-water fisheries (including salmon), and in all likelihood important ocean fisheries as fish move North due to warmer waters. The list continues, ranging from forest fires and the impacts of ocean acidification to the spread of Lyme disease. These may all be “relatively modest” impacts of climate change compared to impacts elsewhere in the U.S., but they stand to change much of the cultural identity of the Pacific Northwest.

And what if national climate policy does materialize? What if carbon prices of $50/ton are applied to electricity, and $150/ton to oil? What if a global goal of returning to 350ppm were to become policy in 2018 as suggested in Paul Gilding’s The Great Disruption (2010)? What if the Pacific Northwest becomes a primary destination for climate refugees fleeing climate change in Texas? Past regional fears of invasion from California could become a quaint memory as the populations of Portland, Seattle, and 20 other Northwest cities surge beyond anything even conceived of today.

As business executive and author Margaret Heffernan stated in her 2011 book Willful Blindness (truly a “must read” for anyone involved in risk management on wicked problems):

“in failing to confront the greatest challenge of our age – climate change – all the forces of willful blindness come together like synchronized swimmers in a spectacular water ballet.”

What if energy leaders were to face the challenge of “willful blindness” head on? What if, as many risk management experts recommend, they purposefully brought different perspectives on climate futures into the Board room, and engaged in building serious climate risk scenarios. At the very least they would see climate change more broadly. They would probably be more worried at night, and might even lose some sleep. Sleep is overrated anyway, and who knows what initiatives might develop to prepare their companies and the region’s energy system for what climate futures might hold. Or they might choose to become more engaged on the state and national policy playing field, becoming active partners in seeking to avoid the worst of those climate futures.

Business Stepping Up on Climate Change?

Should You Bank on Climate Risk Disclosures?

COVID-19: The Weakness of Traditional Risk Management Strategies
May 4, 2020
What Does COVID-19 Tell Us About Global Business Risk Forecasting?
April 27, 2020
The Business Response to COVID-19: #Pandemicwishing?
April 5, 2020

Do You Have the Answers to the Problem of Climate Change?

But we can provide insights .