If Climate Neutrality is the Answer, What was the Question?

A renewed focus on personal and organizational responsibility for and action against climate change is leading to renewed interest in carbon offsets and carbon neutrality. One expression of this interest is through the American College & University Presidents’ Climate Commitment (ACUPCC). The university presidents premise their commitment on the idea, as stated by Arizona State University President Michael Crow, that “universities must take leadership roles to address the grand challenges of the twenty-first century, and climate change is paramount amongst these.” 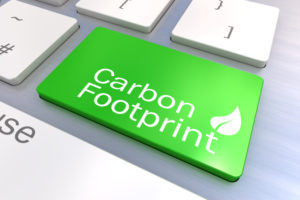 Campus footprinting, waste minimization, public transportation, student engagement–which the Climate Commitment calls on universities to do–are all to the good. The goal of carbon neutrality is more complicated. In 2006, we authored what may have been the first guide to climate neutrality. Since then, we have realized that there is a big difference between thinking about climate neutrality as a “journey” as opposed to seeking it as an “outcome.” If approached as a “journey,” committing your campus to becoming climate neutral can serve as an ongoing powerful vehicle for introspection, learning, and behavior change. If approached as an “outcome,” however, here is what often happens, even at well-meaning companies and municipalities:

The truth? This kind of “climate neutral emperor” ends up not wearing any clothes. There is extensive evidence that most cheap offsets and almost all RECs do not actually mitigate climate change. In practice, they are nothing more than hot air. They are marketing gimmicks that persist because they’re a “win-win” for both seller and buyer: one makes money, the other saves money. Climate change itself is left out of the equation.

Last year, our local City Council spent about $25,000 to purchase “renewable energy” from the local electric utility. The city claims that its largest energy consumers will now be 100 percent wind-powered. (Those accounts consume 67 percent of the city’s electricity.) In reality, the city (and more importantly, the world at large) is no more wind-powered today than it was before the City Council got out its checkbook.

RECs are defined as “tradable, non-tangible energy commodities in the United States that represent proof that 1 megawatt-hour (MWh) of electricity was generated from an eligible renewable energy resource (renewable electricity) and was fed into the shared system of power lines which transport energy.” Boiled down, renewable energy certificates are simply a piece of paper attesting to the generation—somewhere—of a MWh of electricity from a renewable source.

REC marketers claim that purchasing RECs increases the demand for renewable energy. Serious research on RECs, however, concludes that voluntary RECs are far too cheap to influence investment decision-making ($1 as opposed to at least $10). These voluntary RECs don’t translate into the long-term purchasing commitment that one would need to have such an influence on demand. As a result, the research concludes, voluntary REC markets have done nothing to increase renewable energy generation, reduce carbon emissions, or mitigate climate change. (Interested readers can dig into the technical arguments about RECs, and access the peer-reviewed literature here.) If our City Council had committed to pay an extra $250,000 annually for the next 20 years to incentivize the appropriate amount of truly new wind power, it would be a different matter. But a one-time check of $25,000 to purchase voluntary RECs has no impact on how much wind energy is produced today, tomorrow, or in the future. The same is true for many of the cheap carbon offsets readily available in the market.

These can become tricky issues, as openly discussed in the ACUPCC’s 2008 Investing in Carbon Offsets: Guidelines for ACUPCC Institutions. The report emphasizes the importance of purchasing quality carbon offsets and notes that RECs aren’t offsets. However, moral hazard is a real problem in the face of the opportunity to reduce the perceived cost of “climate neutrality” by 90%. Many well-meaning actors have convinced themselves that cheap offsets are good offsets and that RECs really are offsets. So while disappointing, perhaps it shouldn’t be surprising that the ACUPCC’s 2012 Implementation Guide states that “[p]urchasing Renewable Energy Credits [sic] can offset the emissions associated with your purchased electricity.” The Guide notes that the ACUPCC is the third largest purchaser of RECs in the country and is “a significant supporter of renewable energy development.” Unfortunately, there’s no analytical basis for linking REC purchases with supporting renewable energy development.

So What was the Question?

ASU President Crow, a leader in the university neutrality movement, has stated that universities must “take leadership roles to address the grand challenges of the twenty-first century.” The ACUPCC states that: “Through the ACUPCC, higher education has become the only sector in the US with a critical mass committed both to the scientifically necessary goal of climate neutrality and to preparing students to develop the solutions for a just, healthy, and sustainable society.” The ACUPCC, however, specifically sets out to avoid political advocacy and to remain policy neutral. 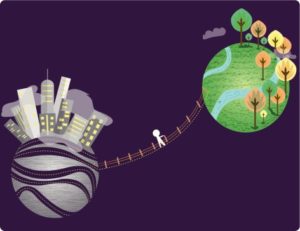 The practical reality is that voluntary climate neutrality, even if done well, is an almost purely symbolic act against climate change in the absence of a broader policy-based context. Making a material difference on climate change requires large-scale policy-based action that internalizes the carbon emissions externality, nudges fossil fuels out of the energy mix, and drives low-carbon technology development. There is a huge difference between partisan political advocacy and non-partisan policy advocacy. If serious policy is indispensable to significant progress on climate change, what does the ACUPCC’s failure to call for critical policy outcomes really suggest?

Given the status of climate change as a “wicked problem,” it is “willful blindness” to believe that individuals or institutions—whether academic or corporate—can be a material part of stopping climate change simply through individual voluntary actions. That said, symbolic acts pursued with environmental integrity can be an important part of a larger “journey” toward climate policy and climate solutions. Without environmental integrity, however, such acts become little more than greenwashing, and lose even their symbolism.

If climate neutrality is seen as the answer, be sure to ask “what was the question”?