Google “climate change” and you’ll get almost 500 million hits in less than a second. Indeed, almost any climate-relevant search term will generate millions of hits. That’s an overwhelming amount of information. Is it any surprise that most people interested in climate change have given up trying to track and understand more than the narrowest slice of the problem? Perhaps that’s why so many of today’s climate conversations focus on debating “the most important” cause of climate change, “the biggest” reason to fear climate change, or “the key” solution to climate change. 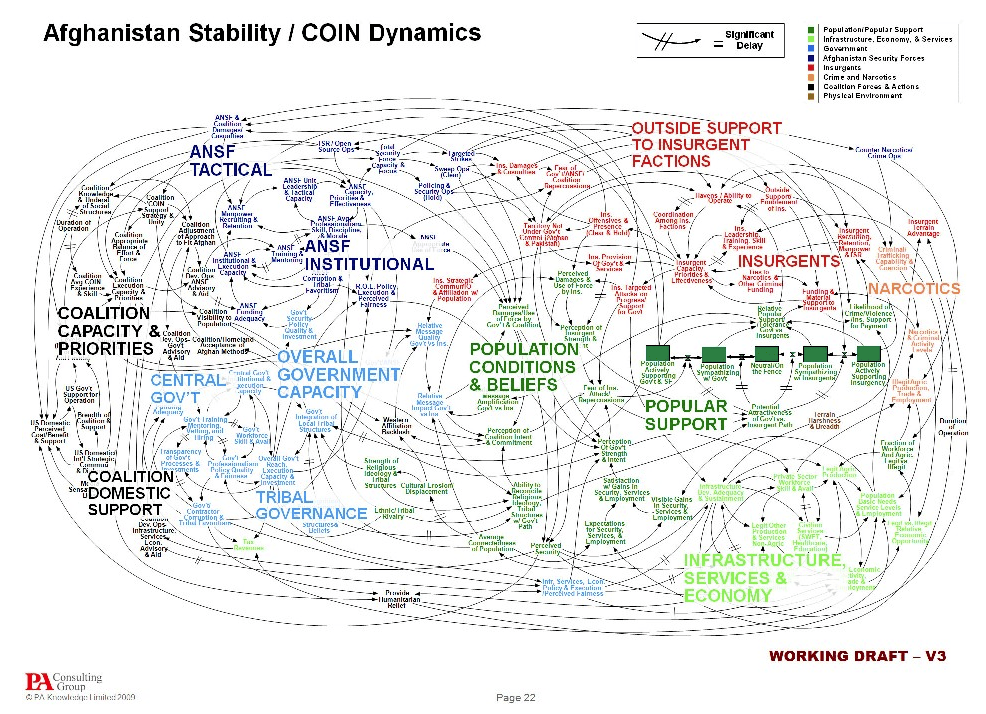 That’s not to say that recognizing a wicked problem as wicked is any guarantee of success. The slide above mapping out the wicked problem of stabilizing Afghanistan was widely ridiculed as being so complicated as to defy understanding. When the slide was presented to Commanding General Stanley McChrystal, he reportedly noted: “When we understand that slide, we’ll have won the war.” Although he was skeptical of the slide, General McChrystal would likely have agreed with the idea that: “Until we understand Afghan stability as a wicked problem, we won’t win the war.”

How Can Almost Infinite Information Be Used to Tackle the “Ultimate Wicked Problem”? 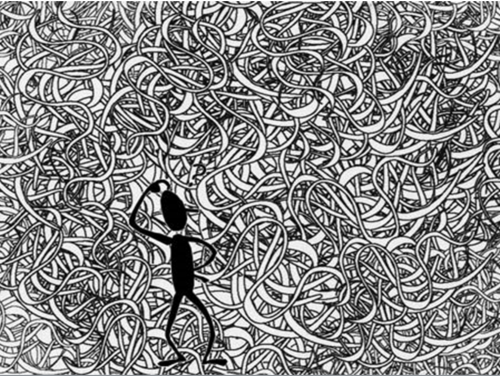 Carla O’Dell has noted in this era of infinite information: “If only we knew what we know!” Thousands of experts are working on almost every aspect of the climate change problem; what if efforts to tackle climate change were guided by the best available actionable knowledge for tackling it as a wicked problem? What if key individuals and organizations had the knowledge and tools needed to play the ultimate planetary board game: Climate Chess?

Our crowd-sourced knowledge management tool, the Climate Web, is a first-of-its-kind effort to make winning at Climate Chess possible. It organizes and integrates the knowledge contained in more than 1,000 books, 15,000 reports and professional papers, 25,000 news stories, 2,000 videos, 3,000 websites, and more, building on Woodrow Wilson’s famous insight: “There is no idea in our heads that has not been worn shiny by someone else’s brain.”

A Climate Chess approach to tackling climate change is almost certainly the only way to succeed in combating climate change. But it is the focus of little attention today, given how much simpler it is to think of and characterize climate change as a conventional problem.

The Climate Web is structured to help deliver actionable climate knowledge to audiences ranging from individuals to business and policy decision-makers. You can access audience-specific Actionable Knowledge White Papers, as well as a White Paper specific to Playing Climate Chess with the Climate Web through this link. You can learn more about the Climate Web at the Climate Web’s website or contact us directly for more information.