1,000 Smart People in the Room Next Door

I’ve just finished reading Billion Dollar Whale, a new book chronicling the exploits of Jho Low, a young Malaysian graduate of the Wharton business school. Over the last 10 years Low has allegedly pulled off the largest financial swindle ever seen by misappropriating billions of dollars from Malaysia’s sovereign growth fund.

The book came closer to home than an “ordinary” book about financial shenanigans might. Soon after graduating from Wharton, Jho Low saw carbon markets as a way to make money, and my firm was engaged to help him explore the idea. It didn’t take long for him to realize that carbon markets were not as lucrative as he had hoped. He moved on (walking away from our $50,000 bill for consulting fees in the process). 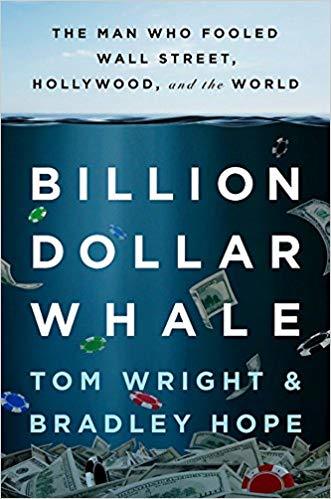 Within a year, Low hatched a much more grandiose scheme. That’s what Billion Dollar Whale is all about. He is currently on the run from authorities, so the story isn’t over. But in reading the book, it struck me that Jho Low is the epitome of what I will call the “1,000 smart people in the room next door” problem when it comes to tackling environmental problems.

The “1,000 smart people next door” is a metaphor for how the self-interests and actions of a wide range of individuals and organizations will influence how a law or policy actually performs in the real world. Evaluating how environmental laws and policies are implemented, and explaining the how and why of their effectiveness or lack thereof, has always been a secondary priority to getting them passed for just about everyone involved in the process. The reason is obvious. Advocates of a law or policy have little incentive to understand proactively why their proposal is unlikely to work, and why. Similarly, once a law or policy is in place, no one has much of an incentive to see it labeled an implementation failure. If a problem doesn’t go away, it’s easier to simply come up with another policy proposal, and repeat the cycle.

This cycle is most obvious, and most damaging, when it comes to so-called “wicked societal problems,” complex problems that do not have an obvious answer that we can “switch on” via a law or policy. Notwithstanding well understood implementation theory, our track record is poor at best when we look at environmental laws and policies aimed at problems such as the international wildlife trade, biodiversity conservation, and climate change. Despite global agreements and a plethora of national and sub-national policies and measures, alarm cries arise every year relating to the ivory crisis, tropical deforestation, and rising global temperatures — as they have been for many years.

I started studying the implementation of global environmental agreements more than 30 years ago, first working on wildlife trade and biodiversity issues as part of my graduate studies at UC Berkeley, and then switching to climate change in my career. I have always been struck by the tendency of policy advocates and policy makers to overlook the “the 1,000 smart people in the room next door” when discussing and designing public policies. The “1,000 people” are not necessarily specific individuals, nor are they necessarily literally in the room next door during the policy-making process. As stated earlier, it’s a metaphor for how individuals and organizations will influence how a law or policy actually performs in the real world. The 1,000 people are smart, and they are motivated. They can act and respond quickly to changing circumstances faster than the original policy-makers. The key point is that neglecting to take into account the existence of these “1,000 smart people in the room next door” during the policy design process is likely to significantly handicap the environmental performance of a new law or policy.

The “Smart People” and Carbon Markets

I’ll briefly explore what I mean using as an example the carbon markets that have become almost de rigueur as a policy instrument for tackling climate change. When it comes to carbon markets, the “1,000 people” include several groups:

The validity and credibility of carbon markets have been seriously affected by the actions of all three groups. With respect to group #2 the actions are legal, and with respect to group #3 the actions are often well-intentioned, an excellent manifestation of what Margaret Heffernan termed “willful blindness” in her 2011 book of that title. Heffernan concluded that in climate change, “all the forces of willful blindness come together like synchronized swimmers in a spectacular water ballet.”

Carbon markets can be designed to better limit these risks. But we run a serious risk of under-performance or even failure in carbon markets and climate policies in general that don’t account for how the “1,000 smart people in the room next door” will react. By failing to explicitly think through incentives and opportunities for outright criminality, for gaming a policy’s weaknesses, and for willful blindness to undercut the policy’s objectives, policy-makers are rolling the implementation dice.

The same thinking applies to the odds associated with winning the ultimate planetary board game – “Climate Chess.” How can we hope to win at Climate Chess if we don’t understand the game board, the players, and the hundreds of chess pieces on the board (including carbon markets)? How can we win without recognizing that very smart people are on the opposing chess team? People like Jho Low.